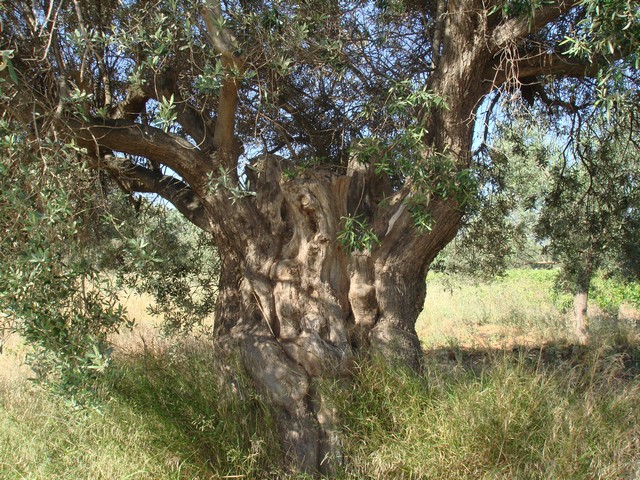 The olive tree (botanical name: Olea europea) is the main feature of Greek flora and of the Mediterranean landscape as it spreads from the slopes of the mountains all the way down to the seaside. The ideal soil and favourable climatic conditions (dry and warm), as well as the microclimate in individual parts of Greece, are perfect for olive trees. This ensures the treey yield a good harvest and gives us a wide range of olive varieties.

The olive tree bears fruit from the 4th year of its life, but only produces a large crop after the 8th year. It is an evergreen and long-living tree and remains productive for centuries. It even thrives on rocky and barren soils. It flowers early in spring, and from August and all throughout Autumn, the oil is held in the fruit which is harvested for olive oil production from November.

Greece's olive oil production averages 350 000 tonnes per year, of which 80% is extra virgin, and Greece is the world's third largest olive oil producer, with the highest consumption per person worldwide (21 kg per year). Olive oil is an economic pillar of the Greek agricultural sector, and has great economic and social significance for our country.

The quality of the oil depends directly on the quality of the raw material (olives), on the way the oil mill operates and on how the oil is handled from the time it is produced to when it arrives on the consumer's plate. Olives and olive oil, as symbols that have remained unchanged over the centuries, have an important position in religion, history, mythology, art and culture, and folk tradition. It is a true source of inspiration for scholars and artists, and plays an important role in hymnology and poetry.

Olive oil is both a synonym for prosperity, serenity and wealth and a humble companion which has always nurtured the Greek people. It is also a ritual element in worship, as it is used in church services such as baptism and blessing. And, it has another vital role as an important part of Greece’s trade and Industry, from antiquity to the present day.